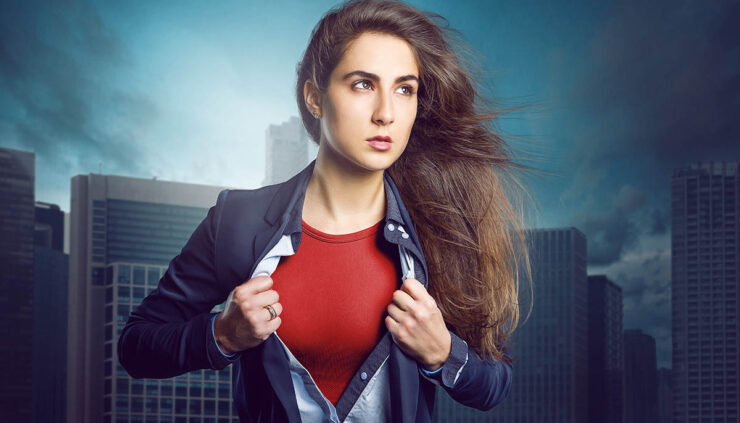 Every Zodiac Sign as a Superhero–Which One Are You?

We’ve all dreamed of having superpowers. Flight, mind-reading, super-strength, weapons-grade sarcasm: Which powers would you choose?

Maybe it would help if we revealed which superheroes exemplify the traits of every Zodiac sign.

Congrats, Aries! You are the one and only Thor.

This hunky hero is one of the bravest and most loyal Avengers. He’s fearless, bold, and very physically powerful, too.

You are Black Panther, the ruler and protector of your realm. Although you will fight to defend what’s yours, you would rather use non-violent methods like diplomacy first.

Forget about Tony Stark! Shuri is the real genius of the Marvel universe.

Black Panther’s little sister always had a million ideas going at once, and like all Geminis she’s a total chatterbox, too.

Cancer, you are one of the greatest heroes ever–Wonder Woman!

She uses her powers to shield those who can’t fight, and her warm spirit uplifts everyone and everything–even the Justice League movie.

Like Iron Man, Leo never shies away from the spotlight.

Although some might criticize you for being an attention hog, you’re also fiercely loyal and protective of the people you care about.

Hey there, Virgo! You are none other than Steve Rogers, AKA Captain America.

You uphold a strict code of honor and believe in doing the right thing–even if it’s hard. Everyone around you appreciates your discipline and dedication.

Like Superman, Libra is all about upholding truth and justice.

You are both world-travelers, although Superman has a slightly easier time of it since he can fly. You’re also both romantics at heart and yearn for an age when things were simpler.

Jessica Jones is one of the toughest heroes in the Marvel universe.

She’s also one of the darkest. She makes a living digging up other people’s secrets, but she’s very loyal to the few people she lets inside her inner circle.

Kate Bishop might not be the biggest name for casual comics fans, but she’s the heroine who takes over the role of Hawkeye and becomes the de facto leader of the Young Avengers. You’ll be seeing a lot more of this spunky archer soon in a new TV series.

Like you, Spider-Man is dedicated to working as hard as he can to get stronger and better.

He never stops striving, even when the odds are totally against him. Not matter which version of the character from the Spider-Verse we’re talking about, he (or she!) is a total Capricorn.

Do you ever want to just wash it all away and start over? If you were actually Storm, the powerful mutant from the X-Men, then you’d have the power to actually do it.

The strong female hero is consistently ranked as one of the all-time greatest comic book characters thanks to her incredible powers and multifaceted personality.

While he might not be out there fighting in the streets, Pisces, your superhero alter-ego has an important role to play. Professor X is one of the most psychically gifted minds ever–but he has to be careful to avoid becoming overwhelmed by his visions.