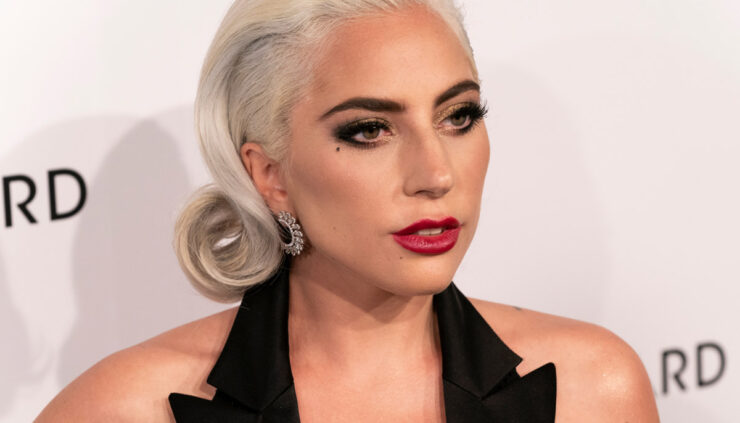 With Aries being the first sign of the zodiac, and the first fire sign at that, you can always expect that ram to be bold, passionate, and at the forefront of something amazing. The people on today’s list are no exception. You’ll see plenty of trendsetters and history makers — and more than a couple of divas — in today’s roundup. But would you really expect anything less?

This sassy Southern actress has been in the business since she was just a kid, and she’s never let up. That’s some Aries tenacity right there. She’s also no stranger to sharing some pretty bold opinions — solicited or otherwise — which is another common Aries trait. Add in the fact that she’s an astute businesswoman and you’ve got the recipe for a happy and successful ram.

Did someone say trendsetter? Elton John is a legend now, but he broke every mold there was to break when he was starting out. I think it’s also fair to say his style could be summed up by the word “bold.” And, like most of the people on this list, he’s proven that he has longevity in the entertainment industry. How many people can boast a nearly six-decade-long career?

Are you noticing a style icon trend here? We’re not even halfway through. SJP was a force of nature during the Sex and the City run, leading the charge of the show both in front of and behind the camera. Since that time she’s stayed plenty busy with spinoffs, other shows and films, and her fashion and fragrance lines. Girl knows how to work.

If anyone ever doubted that Mariah was a fiery diva, her sun, Venus, and Mercury signs are all in Aries. And you see it right there on stage with her unshakeable confidence and to-the-nines style. And her decades-long career and history of awards and accolades will tell you this lady knows how to find, and stay, in the spotlight.

Another performer who personifies the element of fire, Lady Gaga exudes ambition, energy, talent, and a completely unique sense of style and presentation. She’s also been heartbreakingly honest about some of her struggles in the past, which might seem a bit vulnerable for an Aries, but it’s undoubtedly brave, one of the ram’s finest traits.

Aries men often bring a very specific kind of boyish charm to the table, and RDJ is no exception. It’s that whole new soul optimism thing that comes along with being the first sign of the zodiac. Even so, he certainly doesn’t coast on his charm alone. He had some major struggles in the past, which means it took serious drive and ambition to get to where he is now.

I’d say this guy exudes boyish charm as well. In fact, I’m pretty sure he’s immortal. He’s been consistently working since the mid-90s, which shows some serious tenacity and ambition — even if he does make it look effortlessly casual. He held his own in Hollywood for decades as a supporting player before he got up into the RDJ-level big leagues with his own Marvel franchise. That’s some Big Aries Energy.

Aries have a wicked sense of humor, which you could plainly see from the last three entries on this list. But Seth Rogen is also a famous prankster, which is very on-brand. He works hard and has several business ventures to his name in addition to his film work, but he doesn’t take himself too seriously and makes sure no one else takes themselves too seriously either.

Another actress who’s been in the industry since childhood, Emma Watson took on an incredible amount of work in the Harry Potter franchise when she was just eleven years old. And she hasn’t slowed down a bit since. Her career as an actress is on the rise, and she’s never shied away from activism work or boldly sharing her opinions in the press.

Kate Hudson has a very honest “tell-it-like-it-is” sort of attitude with the press, but luckily she gives off such a playful vibe that she can get away with just about anything. She’s also got her hands in several different empires, which is certainly an Aries trait. Never happy with sitting still for long, Kate’s ventured into lifestyle brands, an activewear line, and even a boutique beverage brand.