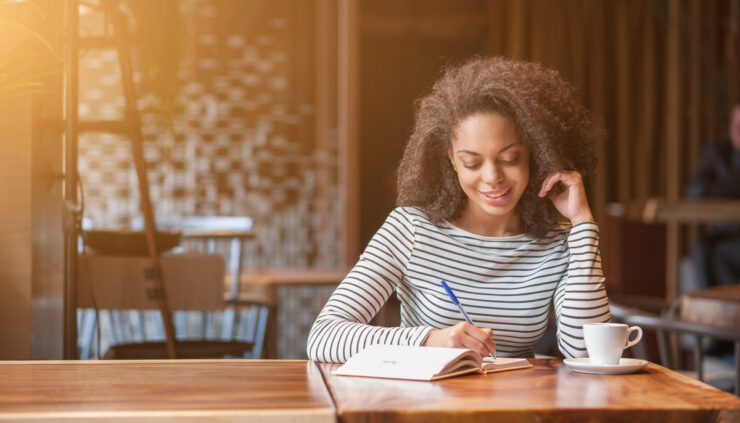 Welcome to the wild and wonderful world of numerology, where we can gain insight into not only our personalities but also our karmic destinies through interpreting the numbers that surround us in our daily lives.

It might seem a little arbitrary at first, but I assure you it’s not. Numerology has been used since ancient times. In fact, Pythagoras — the ancient Greek philosopher and mathematician — is considered to be the father of Western numerology. There are also numerological references in several ancient texts and scriptures, including the Bible.

Numerology is something that works closely with astrology, and the more you understand it, the more links you’ll see arise when studying your own birth chart. And truth be told, it shouldn’t be surprising that astrology and numerology are closely linked, considering astrology is made up of so much math. But I digress. The practice is also closely tied to tarot as well.

Intrigued? Let’s take a look at what the numerals in your birth date say about where you’re going in this life.

Let’s start with the easiest numerology exercise — calculating your life path number. This is found by reducing all of the numbers in your birth date until you get to the root number. Doesn’t ring a bell from math class? Let me explain.

Each root number in numerology corresponds to a specific set of traits, much like an astrological sign does. There are meanings and interpretations for all single digits (1-9). Every other number gets reduced by adding the numerals together to arrive at a single digit.

(The exception to this rule is that there are also interpretations for the numbers 11 and 22, which are considered master numbers. These don’t get reduced down any further, and hold a special significance on their own. But that’s another post for another day.)

So what does that mean? Here’s a quick rundown of the numbers and their interpretations. Just know there is so much information out there, so please just consider this a jumping-off point.

One – These are thought to be natural leaders who value independence, autonomy, and freedom. Their goal in life is to develop these traits and grow their authentic voice and self-confidence.

Two – These are sensitive, empathic individuals who tend to wear their hearts on their sleeves. Their goal in life is to turn that sensitivity into their superpower and to use it to connect with others.

Three – Threes are playful, creative, and self-expressive. They’re highly gifted communicators. Their goal in life is to harness their optimism and remain in that headspace in spite of difficulties, rather than checking out through escapism.

Four – These folks are all about structure, pragmatism, and hard work. They’ve got a very earth-sign type of energy, and are preoccupied with putting down roots. Their goal is to not let that need for security turn into rigidity — this person will benefit from some out-of-the-box thinking.

Five –  Fives are adventurous people, who share little in common with their pragmatic 4 neighbors. They’re all about forward movement and embracing change. Their goal in life is to embrace a bit of structure in their daily lives for their own wellbeing.

Six – Sixes are generous, empathic, and nurturing by nature. They connect easily to others and are often natural healers. Their life goal is to serve as the caregiver to the ones they love, and yet recognize that not everyone needs to be parented all the time.

Seven – These folks are the investigators and journalists. They’re quite analytical and can sometimes develop perfectionist tendencies. Their life goal is to balance their pragmatic mind with a more intuitive, imaginative approach.

Eight – Eights are often preoccupied with ambition and material success, and they easily fit into authoritative roles. Their life goal is to temper that upward climb by helping others achieve their own success as well. A rising tide lifts all boats.

Nine – These are compassionate, peace-loving people who’d rather go with the flow than make a fuss. They’re considered old souls, and generally take things in stride. Their life goal is to reach an even higher state of spiritual awareness and to help bring others along on that journey.