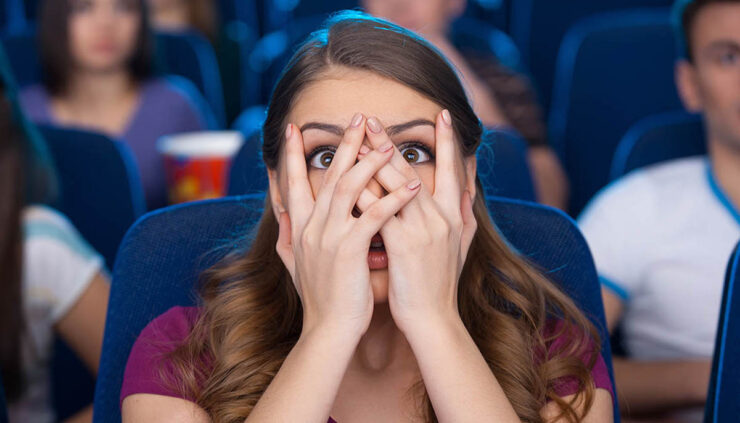 Which Halloween Classic Should You Watch Based on Your Zodiac Sign?

The leaves are starting to turn, there’s a crisp bite in the air, and we’re counting down the days until October 31st. It’s officially spooky season and what better way to celebrate than with a classic Halloween movie?!

We’ve picked out the perfect flick for every sign of the Zodiac, so all you need to do is grab the popcorn and a cozy blanket.

Aries, you love a high-adrenaline, old-school slasher flick. That’s why the original Nightmare on Elm Street has to be high on your list of must-see movies this October.

You can’t get enough of those grisly deaths–I mean, did you see a young Johnny Depp get turned into a literal fountain of blood? Gnarly!

Scary movies aren’t really your thing, Taurus. You prefer something a little more whimsical at Halloween, which is why you’re always ready to rewatch Practical Magic.

You love everything about the Owens Family, and you might have even indulged in Midnight Margaritas once or twice.

Gemini, you’ve always known that you were a little different. Too weird, too brainy. Too much.

But there’s one place you always feel at home, and that’s the Adams Family’s mansion.

The classic 1991 movie is one of your all-time favorites–but you might give the new animated version, out this Halloween, a chance.

There’s not enough money in the world to pay you to sit through a horror movie, Cancer.

You don’t like blood or guts, which is why you’d rather watch a kids classic like Casper. The sweet, emotional story gets you every time.

Leo, there’s nothing you love more than a campy, over-the-top night out. You secretly identify with the Sanderson Sisters a little too much whenever you watch Hocus Pocus.

I mean, can anyone with such fabulous fashion sense really be that bad?

Virgo, you prefer a more intellectual horror film to a mindless slasher.

You really identify with Clarice Starling, the plucky young FBI agent in Silence of the Lambs. Plus you love to watch award-winning films, and this one is a true masterpiece.

You aren’t afraid of no ghosts, Libra, but you’d rather not watch a truly scary movie. Instead, you have a soft spot for the classic 80s comedy Ghostbusters.

It has everything from humor to romance to a few (mild) scares. It’s the perfectly balanced movie for your balance-loving Zodiac sign.

It’s just a jump to the left, Scorpio. Halloween is a time to let your wildest fantasies come true, and no cult classic captures that feeling better than The Rocky Horror Picture Show.

Going to see this movie at midnight with a live cast is your absolute favorite annual tradition.

The original Scream is the perfect movie to watch this season because it manages to be both funny and scary at the same time. Plus you love that 90s throwback fashion!

Don’t mess with the classics. That’s your opinion, and you won’t be swayed. The Shining is one of the greatest horror films ever made–and deep down, you sympathize a little bit with the idea that “all work and no play makes Jack a dull boy.”

Some people call you strange and unusual. That’s okay–because your favorite Halloween movie is Beetlejuice.

You love how weird this Tim Burton classic is, and you may have even dressed up as one of the characters for Halloween before now.

There’s just one movie you want to watch this October–and it’s the same one you break out every December, too.

That’s right, it’s time to start watching The Nightmare Before Christmas on a loop for the next three months! You know all the songs by heart and swoon every time Jack finally realizes he’s in love with Sally.