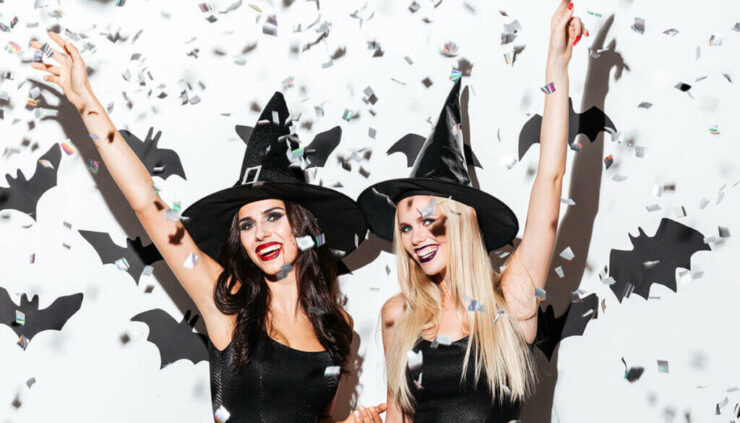 As a kid, Halloween costumes were so easy. You could dress up as pretty much anything, and everyone would still give you candy.

It’s so much harder to pick out the perfect Halloween costume now, but luckily we can turn to astrology for a little inspiration.

Here’s what you should wear this Halloween based on your Zodiac sign.

This one’s easy! Aries is already a little devil, so grab a pitchfork, some horns, and a tail.

Red is also your power color, so an old-school devil costume is perfect for Halloween.

If that doesn’t float your boat, what about dressing up as your favorite sports star?

While dressing up isn’t your absolute favorite part of Halloween–you’d much rather be carving pumpkins or baking cookies–the idea of a historical costume appeals to you.

Maybe something you could also wear to a renaissance faire later?

Gemini loves puns and visual gags, which is why you’re tempted to dress up as a complicated joke that no one gets.

Either that, or you’ll go as your favorite author or artist–which no one will get, either. You’re just doomed to be misunderstood.

Chances are good that you’ll be wearing a family or group costume this year, Cancer.

You’re a little shy about dressing up solo, but if everyone’s doing it then you don’t want to be left out!

Make sure to stake your claim early if your group is considering an ensemble like The Wizard of Oz or Stranger Things this year so that you don’t get stuck with a bummer of a costume.

Yas Queen! Halloween is your season. It’s the one time of year you get to dress as your true fabulous self.

No matter what you choose, it’s going to be OTT. Think Cher at the Oscars or Billy Porter at the Met Gala.

There will be glitter involved.

Ugh, costumes. Who has time for that?

If you’re going to be dragged to an event where you must dress up, Virgo, then you’ll probably just go to the store and grab the first costume that fits and isn’t too embarrassing.

Libras love glamour, which is why a star from the Classic Hollywood era is a great fit for your Halloween costume.

Best of all, those costumes can usually be put together from pieces you already own or can easily source from thrift stores.

You’re already so spooky all year round that Halloween just isn’t that exciting for you, Scorpio.

You’re tempted to dress up as a cheerleader or princess just to mess with people’s heads. In the end, though, you’ll probably dress up as Buffy or another powerful, kick-butt character.

Halloween is all about the partying for you, Sagittarius. You want a costume that looks cool and is easy to dance in.

It’d be awesome if lots of people wanted to take a picture with you, too, so what about a superhero or someone from the Harry Potter universe?

People might not expect you to enjoy such a frivolous holiday as Halloween, but if you’re going to do it, then you’ll do it bigger and better than anyone else.

You aspire to the kind of elaborate costumes that Heidi Klum trots out every year–the ones that require body paint, prosthetics, and professional-grade wigs.

For Aquarius, everyday outfits are costume-adjacent. You wear a lot of unique vintage pieces already, or avant-garde looks that you created yourself.

The point is that Halloween isn’t that exciting for you, and your default is a classic witch, ghost, or vampire costume that was thrown together at the last minute.

Your #1 requirement for a Halloween costume is that it isn’t scary. No zombies or killer clowns for Pisces!

Consider dressing up as an alluring mermaid or playful fairy instead.