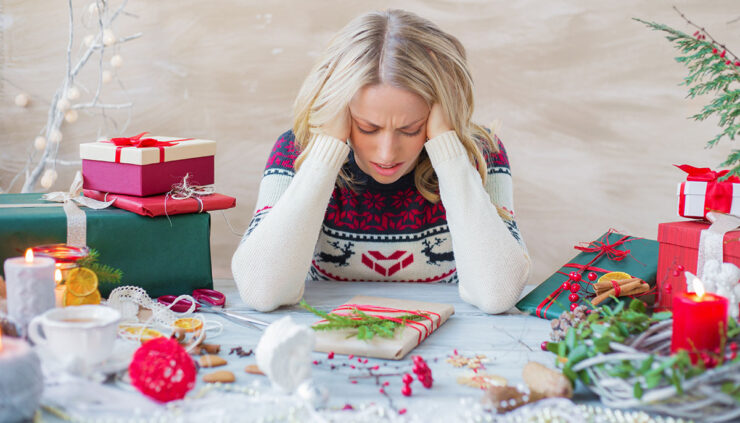 It’s the weekend before Christmas… so how far behind schedule are you? Some Zodiac signs seem to be hardwired to put things off to the last minute, while others are overachievers. And a few take on way too much and end up not getting everything accomplished. Where do you fall?

Aries is way too comfortable with waiting until the last minute. They’re not worried–but maybe they should be? Then again, they’re probably just going to buy everyone gift cards anyway.

Taurus got everything on their list done weeks ago… which gave them plenty of time to add even more. This sign loves traditions and worries that they haven’t done enough to make the holidays special.

Gemini meant to get all kinds of shopping and decorating done by now. They may have even promised handmade gifts or volunteered for special projects that now have no hope of getting done on time. Geminis are panicking right about now.

Cancer is always at least a little stressed out. They take on too many responsibilities, but beyond that, they also reflect the emotions of everyone around them. The holidays can quickly become overwhelming for this sensitive sign.

Leo’s not worried. They’ve done their best–which is always great, of course–and now it’s time to kick back and wait for the gifts to arrive. This sign is generous to their friends… and generous to themselves, too.

Virgo’s classic Type-A personality means that the holidays are always scheduled and organized to the nth degree. They don’t cope well with last-minute curveballs, however, and find it hard to regroup when things don’t go as planned.

Libra is stressing right now about making sure everyone else has a happy holiday season. This sign is usually really fond of all the traditional trappings of the season, but there’s always an undercurrent of worry as they anticipate possible disasters or family conflicts.

Scorpio’s legendary chill comes from the fact that they don’t really care that much about the holidays. It’s just not their scene. They’ll participate in the bare minimum required to keep close family and friends happy. Beyond that? They’re just going to relax.

Sagittarius lets stress roll off their backs. Unfortunately, it usually rolls onto someone else, but hey–why worry? They love all the free food and fun times that come with the holidays. Just don’t ask them to help organize anything.

Capricorn has a carefully planned schedule, budget, and task list for every holiday. There’s no way they aren’t completely prepared right now. And if something goes wrong, they’ll attack the problem until it goes away.

Aquarius probably isn’t into traditional holiday trapping. In fact, they’ll probably lecture everyone within earshot about how it’s such a corporate sham and they don’t celebrate it. That being said, they’re secretly hoping to get lots of presents. But at least they feel conflicted about it.

Pisces is brimming over with both excitement and stress over the upcoming holidays. Their inner child doesn’t need much excuse to come out, and ever since they cleared away the Thanksgiving dishes, they’ve been decking the halls. They probably forgot something really important, though… if only they could remember what it was!