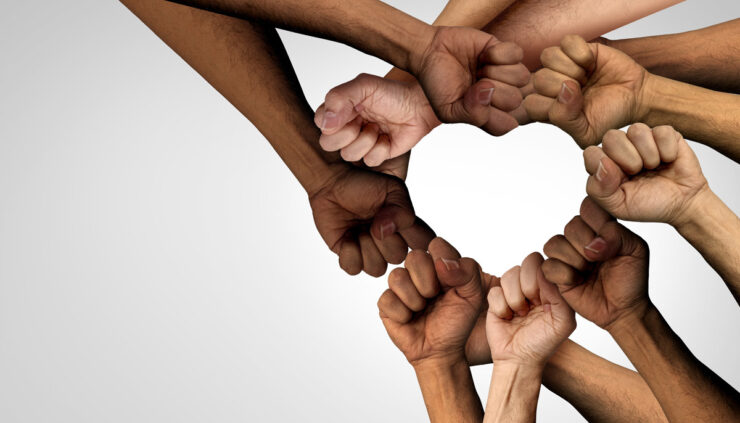 Are You Ready for the Age of Aquarius?

This weekend marks one of the most anticipated astrological events of the year — The Great Conjunction. Jupiter is ushering us into the Age of Aquarius. But what does that mean exactly?

First, we must talk about today’s cosmic weather report. This afternoon, airy Aquarius forms a sextile aspect to Mars in Aries. This is a passionate and playful transit. We’re feeling competitive and cooperative, and may want to both express our need for independence and be a part of a group simultaneously.

You can fulfill both roles by taking the lead on a project, or organizing work around a specific cause you feel strongly about.

This placement makes you very persuasive; you express yourself with confidence and the people around you respect that and follow your lead and conviction. It would be good to take advantage of this bout of confidence and bravery.

Now let’s talk about this weekend…

Jupiter Moves into Aquarius Tomorrow at 12:34 AM

On December 17, Saturn moved into Aquarius. Tomorrow, it will be followed by Jupiter. There are a lot of things that have been wrong with 2020. A lot. But many astrologers trace the events of the past year to three planets gathering in the sign of Capricorn. Those were Pluto, Saturn, and Jupiter.

Pluto (planet of destruction), Saturn (planet of Karma), and Jupiter (planet of progress) were all duking it out in Capricorn, which rules things like governments and financial institutions. That means a lot of change took place that, at face value, seemed awfully destructive. Though sometimes things are dramatically dismantled in order to make room for something better.

Now, two of those have moved on to Aquarius — a much more progressive, optimistic, freedom-loving sign. And when Jupiter and Saturn align, they will form what many have referred to as The Great Conjunction.

“This conjunction will shift humanity from the materialistic and industrious energy of the Earth element (Capricorn) into the mental and humanistic approach of the air element (Aquarius),” says astrologer Narayana Montúfar.

This is the Dawning of the Age of Aquarius

For Jupiter specifically, this means a focus on things like social activism, cooperation, and technological advances in favor of the world as a whole, rather than the individual. So over the next year, expect to see some intense activist energy.

In Aquarius, Jupiter is something of a revolutionary. It’s concerned with values like fairness and justice for all people. And that’s something the world has been craving over the last several years.

According to astrologer Leslie Hale, “Jupiter’s expansive and freewheeling nature will work well in the sign that is associated with humanitarian interests, independence, freedom and innovation.”

“This will be a time of enlightenment on many levels,” she continues. “An increase of knowledge and understanding especially in technology, medicine, the internet, global communications, and human freedoms with a bent toward solving ethical issues that involve us all.”

So while 2020 may have been a dumpster fire, it served to get us seriously fired up. And hopefully, 2021 will inspire us to fix everything that’s been broken.