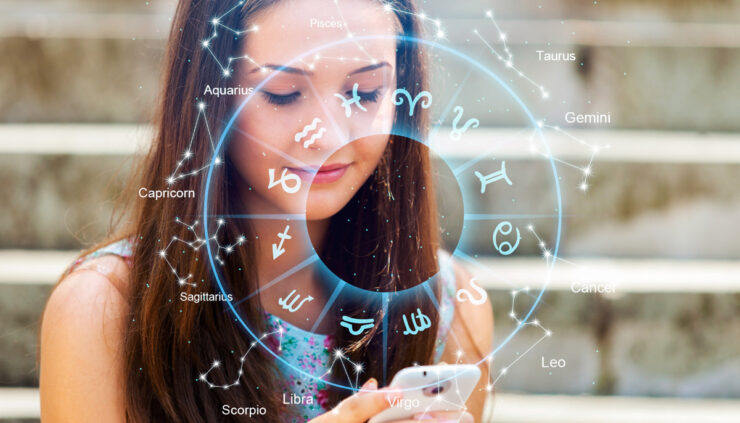 So we know that all astrological signs can be categorized by their element, and fall under either earth, air, fire, or water.

Earth signs (Taurus, Virgo, and Capricorn) are known to be grounded and practical. They’re warm, dependable, and security conscious.

Air signs (Gemini, Libra, and Aquarius) are known for their intellect and curiosity. They never stop thinking, and will bounce from one idea to the next.

Water signs (Cancer, Scorpio, and Pisces) are known for their deep emotions. They’re soulful, empathic, and melancholy at times.

And fire signs (Aries, Leo, and Sagittarius) are known for their passion and impulsivity. They’re brave, bold, adventuring, and a little flashy.

Breaking things down even further, we have the qualities that each sign falls under. These qualities–otherwise known as modalities or modes–are cardinal, fixed, and mutable. And they can go a long way in explaining why certain signs behave the way they do, and also why some signs are more compatible than others.

Cardinal signs have birthdays toward the beginning of each season, and tend to be leaders and big idea people. Think trendsetters and visionaries.

These signs can butt heads against each other. As they’re all known for their visionary and leadership qualities, two cardinal signs together can have some serious control issues.

Generally speaking, they tend to have the most harmonious relationships with fixed and mutable signs. That’s not to say two cardinal signs cannot be compatible, though, or even soulmates.

Fixed signs have birthdays in the middle of each season, and can be seen as stabilizing influences. They can take a spark of imagination from a cardinal sign, and turn it into reality. They take care of the details.

These signs dig their heels into the ground. Their tenacious and stubborn nature can do wonders in some areas of their lives, but can cause challenges when matched with another fixed-sign partner.

Life is easier for fixed signs when they pair up with a cardinal or mutable sign. But again, that doesn’t mean they can’t be compatible.

Mutable signs have birthdays at the end of the season, and have learned from the successes and failures of the cardinal and fixed signs. They’re adaptable to change and can act as the editors of the zodiac. They might put the final touches on the projects that the cardinal signs think up, and the fixed signs build.

These signs are the most flexible and adaptable of the signs. They’re not always comfortable leading, so pairing up with another mutable sign might lead to indecision or stagnation.

They might feel more balanced when partnered up with a cardinal or fixed sign. But once again, that’s not a hard and fast rule.