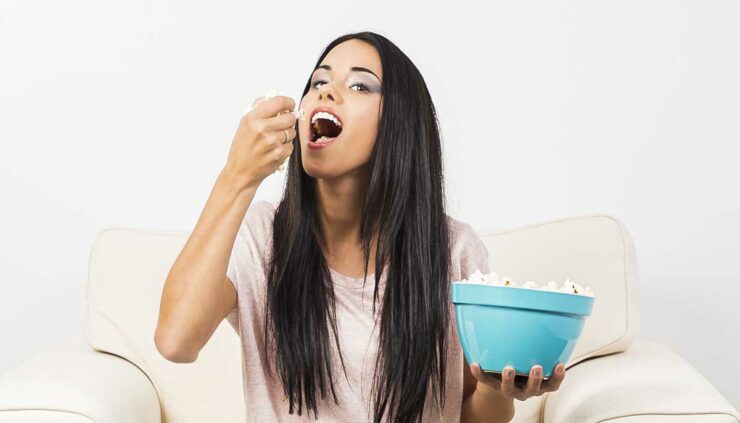 What You Should Stream Next While You’re Stuck at Home

If you are stuck at home during this time of self-quarantine, you’re probably going to need something to take your mind off things. Thankfully, there are so many streaming options to keep yourself entertained. Here’s what you should binge-watch next, according to your Zodiac sign.

Survivor: With 40 seasons to enjoy–most of them available on Hulu–you can imagine how you’d survive on a deserted island and marvel at the total lack of social distancing among the castaways.

Schitt’s Creek: If you want a hilarious, sometimes heartwarming show about a dysfunctional family, then you need Schitt’s Creek. It’s like a Canadian “Arrested Development,” and you can be thankful that at least you aren’t quarantined with that family.

The Good Place: The dizzying, intricately plotted masterpiece from Mike Schur wrapped up this year, so binge the entire series in a week (or a weekend, we won’t judge). It’ll restore your faith in humanity–something that would be helpful right about now.

Brooklyn Nine-Nine: While “Parks and Rec” or “The Office” might be the more obvious choice for a feel-good workplace comedy, try “Brooklyn Nine-Nine” instead. They’re basically a big, mostly functional family.

Queer Eye: Restore hope to your soul and enjoy some fabulous makeovers with Netflix’s “Queer Eye.” It’s easy to binge while you do your own home spa treatment or work on DIY home improvement projects.

Mindhunter: Based on the real-life criminal psychologists who developed profiles of serial killers, “Mindhunter” is a tense show to binge-watch. You might want to pace yourself on this one–but who are we kidding. When you get obsessed with a show, you watch the whole thing.

Miss Fisher’s Murder Mysteries: This fabulous series starring a liberated female sleuth in the Roaring 20s is the perfect show for Libra during the coronavirus quarantine. The clothes are incredible, and you’ll love the chemistry between the leading characters.

Riverdale: The best way to pass the time during the quarantine is binge-watching the most bonkers show on network television. “Riverdale” is part teen soap, part supernatural horror, and all outrageous nonsense. You’ll love it.

Futurama: Not only is “Futurama” a comedy classic, but it’s also comforting to think that human society might still be around in a thousand years. You can binge the whole series on Hulu. Get some pizza and beer for the authentic experience.

Dirty Jobs: If you can’t get out of the house to do your actual job, then watching Mike Rowe take on the worst, weirdest workplaces in the world can help. The series is available on Hulu–and it makes great background noise while you’re doing chores or working out.

Russian Doll: Mind-bending, funny and sharply observant, “Russian Doll” is the ideal show to binge this weekend for Aquarius. The complicated relationships–and, you know, the mystery of why the main character keeps reliving the same day–will keep you captivated.

Buffy the Vampire Slayer: Nothing is more comforting than nostalgia. If you grew up watching “Buffy,” you can relive the whole thing on Hulu. You’ll feel empowered to fight back against literal monsters, even if you can’t do much to combat COVID-19 except by staying at home.