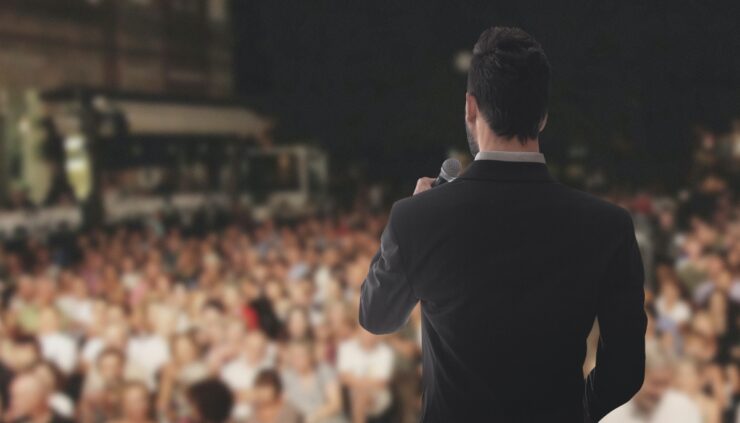 Mercury in Leo Gives Us the Gift of Gab

Today, the moon in Pisces is encouraging our introspection. We are self-aware and we trust our instincts. But while Pisces wants us to look within ourselves, Mercury in Leo wants us to project ourselves out into the world.

The Moon Is Sextile Uranus at 1:36 AM

In the wee hours of the morning, the moon in emotional Pisces forms a sextile angle with Uranus in grounded Taurus, stimulating personal encounters and exciting events. This transit has us feeling open to change, and might even urge us to seek it out. It’s a great time to try something new because of these lowered inhibitions.

The Moon Is Conjunct Neptune at 4:49 PM

In the afternoon, the moon forms a conjunction with Neptune in its natural home of dreamy Pisces. So much Pisces energy today, am I right?

You may feel like you’re being dosed with empathy, and it can become physically overwhelming. You could be feeling confused as to which emotions are your own and which belong to the people around you – or the people on social media because you better believe that energy bleeds through screens.

Later, the moon forms a sextile with Pluto in bold Capricorn. This transit can expose deeply buried emotions that need to be dealt with at the surface.

It’s possible that you could have some very eye-opening encounters that reveal exactly how you feel about someone. And in turn, you could learn exactly how they feel about you. Even if this proves to be uncomfortable, it’s an experience that will provide you with a good deal of growth. And at least you’ll know how to move forward.

Two minutes later, Mercury the messenger moves into courageous Leo after dwelling in the house of emotive Cancer for the past two months. This makes our style of thinking and communicating much more grand and dramatic. Rather than emotionally vulnerable one-on-one convos, think stirring speeches that rally the troops. We’re more expressive and theatrical, and focus more on story-telling than nuts and bolts.

Just do what you can to keep your emotions in check. Our collective might be communicating in a more passionate and heated manner for a couple of months, and that will inevitably lead to some fireworks.

All aspects mentioned here are calculated in Eastern Standard Time. For greater accuracy, please adjust for your time zone.