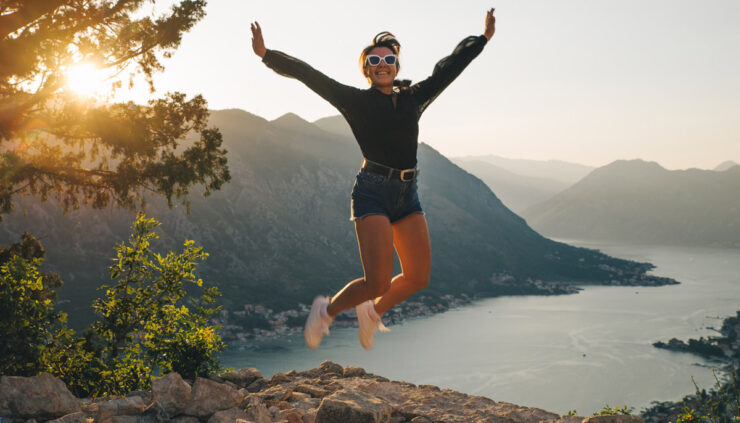 As the first sign of the zodiac, Aries has a reputation of being the leader of the pack in just about everything. And it’s true, they have natural leadership qualities. (More on that in a bit.) But they also have a reputation for being rash, impulsive, and self-centered — traits that might not depict our favorite rams in the best light.

So today, we’re waxing poetic about all the wonderful traits we love about the first fire sign. Because we truly couldn’t live without them.

Like all fire signs, Aries is the life of the party. They’re always up for an adventure and have rarely met a stranger. Aries has an impulsive reputation, but that also means they love spontaneity and surprises, which makes them a fantastic travel companion and partner in crime. They’re also extremely competitive, which makes them a great addition to sports teams or game nights.

Here’s that fire influence again. Aries has a tendency to get a little hot under the collar, and there aren’t too many opinions that they don’t openly–and loudly–express. But that passion also feeds into their tenacious zest for life, which can be contagious. And as a partner — well, let’s say you probably won’t be complaining too much about that passion.

Aries is far more comfortable leading the charge than following in someone’s footsteps. That’s just how they’re built. They’re also dynamic and inspiring, which makes other people want to follow them into whatever battle or boardroom they might be charging towards. This will get them far in their career of choice. And in life in general.

They Get Things Done

The ram doesn’t really understand the word “quit.” When they set their mind to a task, there’s not even a question as to whether it will get done. They also don’t really accept the idea of “can’t.” They’re the trailblazers — the idea that they might be the first to discover or accomplish something keeps them going. They don’t shy away from big or scary goals. They thrive on them.

Aries is ruled by Mars, the mythological god of war. So what else would you expect from them but bravery? Aries may look before they leap at times — and that will definitely get them into their fair share of trouble over their lives — but that persistence and courage will ultimately get them what they want. And that fearlessness makes them someone you want in your corner.

There’s a reason others look to Aries to lead the way — they’re simply unflappable. Or at least that’s what they let the world see. Sometimes we all have to fake it ’til we make it — it just seems like Aries emerged from the womb with that lesson already under their belt. This means they don’t need constant validation from those around them — but they’ll be your biggest cheerleader if you’re feeling unsure of yourself.

Being the first sign of the zodiac gives Aries a very “new soul” type of quality. The world is their oyster, and there’s nothing but blue skies up ahead. Why focus on the negative? That will only get in the way of the adventure that lies before them. They’re full of curious energy. This enthusiasm is magnetic; it draws both people and opportunities towards them.