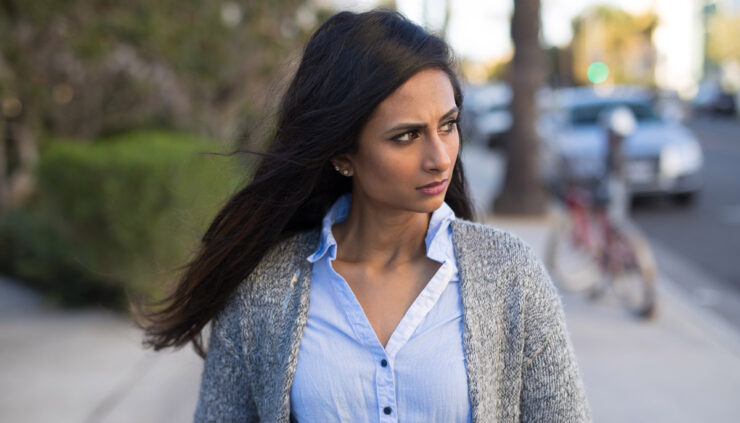 Batten down the hatches, friends. Because the planets Saturn and Uranus are here to seriously shake things up. You’ll likely experience some uncomfortable energies swirling about today, but everything happens for a reason. Stay open-minded and alert to the things the universe is trying to teach you.

Saturn Is Square Uranus at 1:45 AM

While we were sleeping, Saturn in Aquarius formed a square with Uranus in Taurus. I have one word for you regarding this transit: change. And not the good kind.

When Saturn — the planet of structure, restrictions, and karma — forms a square with Uranus — the planet of rule-breaking and non-conformist ideas — things get a little tense. Under this transit, we could be facing unexpected change or find it’s difficult to make a change that we really want to.

But like most uncomfortable movement in the zodiac, this one’s here to teach us a lesson. This isn’t the time to be forcing our way through life. This is a time to go with the flow.

We’re being confronted with things in our lives that are no longer working. Saturn and Uranus are showing us what needs to be released in order to rid ourselves of things holding us back. Stay open-minded, and soften to the guidance the universe is offering you right now.

The Moon Is Opposite Saturn at 3:27 PM

Later this morning, the moon in Leo moves opposite Saturn in Aquarius. You might be feeling a bit sad, bored, or lonely. Your mood is infectious to those around you right now and could lead to some issues in your relationships if you take things out on them by laying guilt trips or moping around.

This is especially true with the female relationships in your life. You might need to keep to yourself and ride out this funk for the afternoon.

A short time later, the moon in Leo squares off with Uranus in grounded Taurus. This might have you feeling a bit jumpy and impulsive, leading to some not-too-stellar sleep. You’ll probably have some difficulty concentrating, and you’ll need to find an outlet for all that energy – or it will come bursting out of you in inconvenient ways. This is not the time for mundane or routine tasks. It’s time to get out and try something new.

You’ll also have a hard time relaxing, and you may have an overwhelming feeling that something BIG is about to happen. If you don’t get the newness or excitement you crave today, you may go looking for it. Just try to keep yourself out of trouble if at all possible.

You could be on the receiving end of an emotional outburst from someone else today. And while your instinct will be to run and avoid, it will be important to stay and patiently work through what’s attempting to be said. Avoid lashing out in return. Sensitivity is key here, and while it might lead to an uncomfortable conversation, the air needs to be cleared.