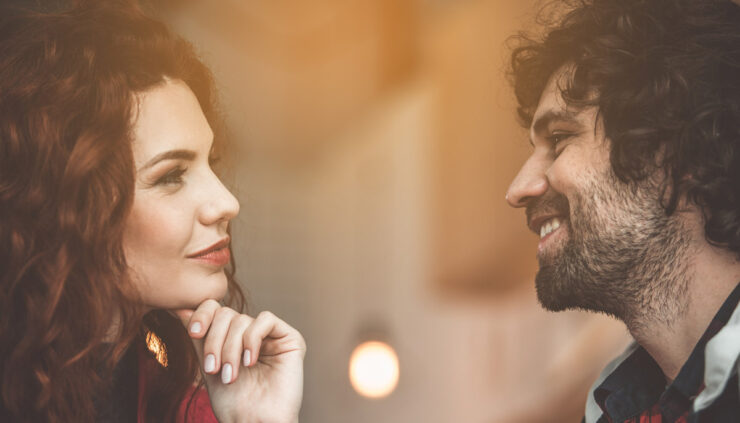 As we discussed in Part 1 of this series, your descendant sign in astrology is the sign directly opposite from your ascendant, or your rising sign. And while our rising signs represent how we project ourselves, and how we wish for the world to see us, the descendant can represent opposite traits — ones we reject or deny, and hide away in ourselves.

But in the process of getting through this thing called “life,” we tend to be unconsciously attracted to — and attract — people who embody those same traits we run away from. They make us face those shadow sides of ourselves that we’d rather not claim. This is why we may fall into relationship after relationship with the “wrong” people.

But they’re not the wrong people. They’re the people who drive us to accept all parts of ourselves, even the ones we’re not proud or even aware of. They’re serving a very important purpose. They’re teaching us how to be our best selves.

So if you’re curious about what sort of energy your descendant sign brings to the table, and the impact it has on your relationships, read on.

Aries risings tend to want to strike out on their own, or at least lead the charge. They’re fiercely independent and competitive, and consider themselves brave. Libra, on the other hand, is all about diplomacy, and making other people happy. They’re very partnership driven. They can make Aries face their fears, which, contrary to popular belief, do in fact exist. They just exist around vulnerability and emotional intimacy.

Taurus is possibly the most earthy and grounded sign of the zodiac. Sensual, to be sure, but not one who enjoys surprises or mind games. What you see is what you get. And then along comes Scorpio, who is mystery and intrigue personified. They’ll make security-craving Taurus nervous with their air of unpredictability, and make them face the depths of their own psyche, whether that bull feels like it or not.

A Gemini rising is a playful, social person who longs to keep everyone happy, which can lead to some indecisiveness. Sagittarius embodies bravery and adventure, and a thirst for knowledge — all things Gemini would love. But they also don’t have time to be held back by someone who doesn’t know what they want. Sag will force Gemini to become more decisive and stand up for themselves, or they’ll be dragged along.

Cancer risings are sensitive and nurturing, and very intuitive. They’re in tune with the emotions of everyone around them. Capricorns, however, are highly ambitious and driven and can seem a bit aloof and unfeeling at times. This will cause some friction, but will also bring about some latent ambition in that crabby little homebody. They might find out they’re capable of far more in life than they thought.

Leo ascendants feed off of the energy they get from the people around them. They’re generous and warm and want to be the recipient of equal warmth and generosity. Human connection and emotion are what make them tick. Aquarius, on the other hand, can come off as cold in comparison. But their independent streak and eccentricities can break Leo out of a rut, and expand their horizons to so much adventure.

Virgo risings are all about the details. They’re your classic Type A personality, and when things feel disorganized, their world can feel like it’s off-kilter. Enter Pisces, the prototypical manic pixie dream girl (or boy). Pisces knows no boundaries, and their free-spirited and emotional ways will either drive Virgo batty or open them up to a completely new way of living. In all honesty, both of those things will happen at once.

Much like Geminis, Libras are so concerned with the happiness of those around them, that they don’t always know what they want. And who better to teach them than brash, impulsive, leader-of-the-pack Aries? Libra’s sensitive and idealistic ways might feel a bit threatened with all that in-your-face Aries energy, but through that, they’ll gain confidence in who they are and learn how to stand their ground.

Scorpio risings are quite proud of the mystery and depth they exude, and might even get off on the idea of being a little intimidating, so the thought of someone as down-to-earth as Taurus just feels so… out of character for them. And yet there’s something about the stability that really appeals to Scorpio’s emotional intensity, and the pairing might pull them back (up) to earth and make them live in the present.

A Sagittarius ascendant likely has more of a “big picture” view of life — grand adventures, learning world philosophies, and generally loving humanity from a 10,000-foot view. Gemini, however, is very in tune with the individuals around them — in fact, their life revolves around their social circle. This could cause Sagittarius to narrow their focus and connect with people on a more intimate level than before.

Capricorn risings are all about the forward (and upward) momentum. Scaling corporate ladders, shattering glass ceilings, and becoming the first and the best at everything. So when faced with Cancer’s need to be hopelessly devoted to their one and only, it can feel intimidating and stifling. But that influence can warm Capricorn up and show them that there’s more to life than career ambitions and possessions.

Aquarius is the eccentric one of the zodiac. They love to be different from anyone else, and kind of like the idea of being untouchable. They’re very independent, and like Sagittarius, have a very macro view of the world around them. Leo, on the other hand, is a giver, and expects as much attention in return as they give. This could send Aquarius running for the hills, or it just might thaw that slightly cold and aloof exterior.

Pisces risings are creative, expressive, dreamy, emotional creatures. And they’re proud of that, thank you very much. They know their feelings are their superpowers, but they also know that boundaries are not. The thought of someone as analytical and cautious as Virgo feels antithetical to everything they are, but instilling just a touch of structure into their lives could really help Pisces become their best selves.