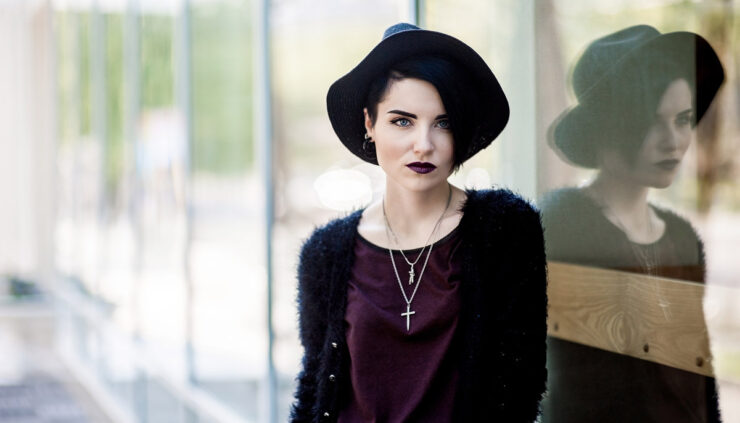 Scorpio, you truly are one of the most misunderstood signs of the zodiac. Which, on the one hand, isn’t fair, but on the other… you totally get off on, don’t you?

Today, we’re going to break through the intimidating facade and get to the heart of why Scorpios are some of our absolute favorite people.

1. They Keep Their Circle Closed, and Close

Scorpio might seem like a lone wolf, and probably even would rather you think that, but deep down they crave emotional connection. That means they only allow people in their circle who fit these criteria. So you should feel special if your BFF is a Scorpio. It means they’ve decided you have the intelligence and emotional depth to hang.

2. You’ll Never Wonder Where They Stand

Scorpios have little patience for BS, and they’re allergic to small talk. Their intensity and insight mean that they can cut through the noise quickly and get to the point. That also means there’ll be no pretense about their feelings for you. Sure, they can get a little introspective and broody when they’re upset, but they’ll never smile to your face and then talk behind your back.

3. They’ll Make You Face Your Demons

This sign loves intensity, and introspection, and delving deep into the inner workings of their own mind. Which probably means they’ll want to do the same with you, whether you’re a trusted friend or romantic partner. But there’s no one else you want in your corner when you’re working through periods of depression or personal growth. It’s really hard to make them uncomfortable, so you can show your true self to them, warts and all.

4. They’ve Got a Twisted Sense of Humor

Have I mentioned it’s hard to make a Scorpio uncomfortable? That also makes them wildly, and darkly, hilarious. No subject is too taboo, and they can find the humor in just about any situation under the sun. So don’t be surprised if you laugh at inappropriate things in spite of yourself when you’re together.

Remember that whole “close circle” thing? They take the phrase ride or die very seriously. When you’ve earned a Scorpio’s trust or loyalty, you can rest assured they’ve got your back. And as they can have a bit of an aggressive/vindictive streak, that’s exactly where you want them.

6. They’re All In, Emotionally

While they might have a reputation for being stand-offish, as I mentioned earlier, Scorpios crave emotional connection. They’re a water sign, after all. They’re not content to be held at arm’s length by someone they love. They want the intimacy and intensity of a close partnership. This can also mean that their jealous streak can pop up from time to time in both friendships and romantic partnerships.

7. They Know the Power of Their Words

They’re not one for oversharing or shooting off their mouths for the hell of it. Scorpio’s words can cut to the quick, and they know it. So while this means they make their feelings and intentions clear, it also means they’re not prone to tactlessness or casually insulting someone without thinking through the repercussions. As an emotional being, they safeguard the emotions of those they love. So keep in mind that if you’re on the receiving end of a verbal assault, you probably deserve it.