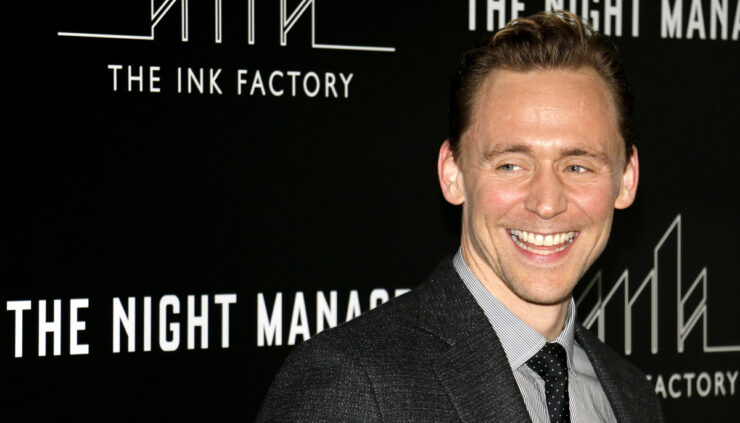 10 Aquarius Celebrities and Why We Love Them

Aquarians are known for being independent, individualistic, and a bit eccentric. The water bearer — which, oddly enough, is an air sign — likes to march to the beat of their own drum. They’re social and friendly, but can also seem a bit aloof. They’re not known to be the most emotionally available signs, and can even come off as a little detached. But they’re usually just more focused on the bigger picture than the more intimate details.

They’re also optimistic, quirky, and — because they’re a fixed sign of the zodiac — stubborn, driven, and more than a little competitive. That odd grouping of traits and perspectives also means they can achieve really amazing things, like the celebs on our list today.

Did we miss any of your favorites?

To say that Oprah is an independent and driven individual would be an understatement. She knew early on that she had huge things to accomplish, and that a conventional family life just wasn’t for her. She’s guided by Aquarius’ trademark humanitarian ideals, and is an excellent communicator.

Though you might know him as the infuriatingly type-A paper salesman/beet farmer Dwight Schrute from The Office, Rainn Wilson is about as quirky as they come. He’s artistic and inspiring, and you need to look no further than his Youtube channel and podcast Soul Pancake for proof. Rain created the shows because he felt there just wasn’t enough positivity on the Internet.

Justin has inspired the world with his creativity for more than two decades now, and that sharp and spontaneous mind is one of Aquarius’s calling cards. Aside from being a multi-talented singer, songwriter, and actor, he’s also active in philanthropic and charitable causes.

Harry Styles has that natural Aquarian charm, and he’s gained a reputation over the years for loving his freedom and resisting commitment. Similar to Justin Timberlake, Harry was eager to express his individualism in his career after first achieving fame as a part of a group.

Classic astrology doesn’t only seek to explain the traits of the signs. Often you’ll find physical descriptors as well. And Aquarians are often described as having fine, delicate facial features, dreamy eyes, and an almost ethereal appearance. Take a gander at Tom Hiddleston’s photo above. Just… wow.

Despite how the tabloids have portrayed her ever since her ill-fated marriage to Brad Pitt (seriously, the girl still can’t catch a break from those mags!) Jennifer Aniston is fiercely strong and independent. In fact, in 2009 she told Vogue how much she hated the trope of women whining about men, saying “I never liked Sex and the City, the kind of thing where women only feel empowered once they find the Man. It is just not up my alley. I don’t believe in it.”

Progressive, independent, unique, idealistic, and eccentric — Megan Thee Stallion has all of these traits in spades. She also embraces the avant-garde in her fashion choices, and isn’t afraid to push boundaries with her music. Sounds like an Aquarius to us!

Abel Tesfaye, also known as The Weeknd, is a multi-talented singer, songwriter, and record producer. You only have to listen to his music to get those eccentric, mysterious, otherworldly Aquarian vibes. I mean, honestly, he’s a bleepity-bleepin Star Boy.

She may have grown up as the younger sister of the world’s most famous twins, but Elizabeth Olsen was determined to eclipse their shadow and find success on her own terms. And she’s done pretty darn well at that, hasn’t she?

Ed Sheeran was actually born on the cusp of Aquarius and Pisces, which might put his more sensitive and romantic lyrics into context. But his charming and laid back vibe, like a guy who just doesn’t sweat the small stuff, is all Aquarius.