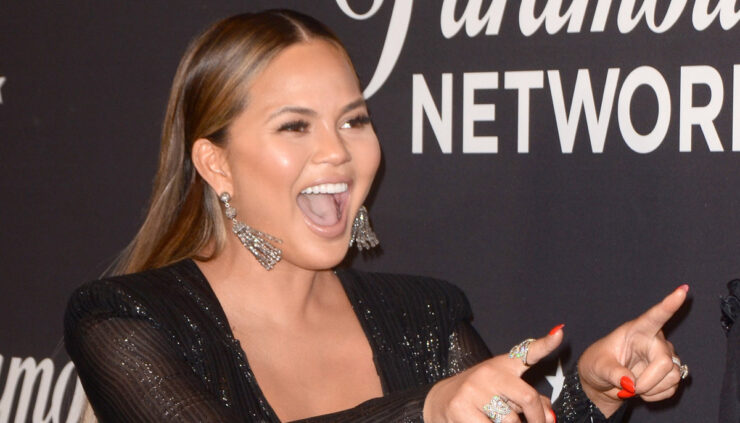 Playful, optimistic, and oh-so-adventurous, Sagittarius is typically the life of the party. But there are some lesser-known sides to the sign as well, like a propensity for philosophical conversations, a drive for higher learning, and a lifelong search for freedom and independence. They’re also never scared to speak their mind, no matter whose feathers get ruffled.

Today, we’re taking a look at 10 celebs who have that undeniable Sagittarius energy. Do you agree with our pics?

ScarJo is stunning on-screen, but it’s her off-screen persona that screams Sag. She’s not one to mince words when a journalist rubs her the wrong way. That fiery spirit makes her anything but a wallflower.

Miley’s never been shy about going after exactly what she wants, whether or not it’s along the beaten path. Her independence and freedom-loving ways have gotten her into trouble more than once, but a Sag knows no other way.

Chrissy Teigen is hilariously outspoken on all social media platforms, which reflects her Sagittarian nature. The archer isn’t exactly known for their tact, and that sarcasm and wit gets Chrissy into her fair share of trouble.

Perhaps being raised by bohemian actress and it girl mother Lisa Bonet and rockstar dad Lenny Kravitz has something to do with Zoe’s freedom-loving, easygoing ways. Or perhaps it’s Sagittarius’s influence. We’re guessing both.

At their core, Sagittarians just want to keep things light and playful. They also crave freedom, adventure, and independence. Watching Brit Brit duke it out with her handlers (i.e. father) over conservatorship, and thinking about the tight supervision she’s been under since she donned mouse ears, is just heartbreaking. Y’all. Leave Britney alone.

Sagittarians are marked by optimism and independence, but also by their philosophical tendencies. You can see all three in Jay-Z’s work and career as a whole. He’s never shied away from tackling tough issues, and is a champion of young artists in the rap industry, leaving a mark on everything he touches. Very archer-esque.

Another one who’s left her mark on the industry in a big way, Nicki Minaj has never been one to fade into the background. As a matter of fact, you can hear her sing her own praises all through her work—something that screams Sagittarius. They’re full to the brim with optimism, self-confidence, and charisma.

Especially in her earlier career, it was striking to hear such a young musician be so open about her neverending relationship foibles and heartbreaks in her songs. She basically sent journal entry after journal entry out into the world (not that we’re complaining). Taylor explained it this way: “I’m a Sagittarius, and one of our major qualities is that we’re blindly optimistic.”

Sagittarians typically ooze confidence and sex appeal, and Brad Pitt is no stranger to either trait. They can also lean towards the destructive side, which we’ve seen in some of his past relationship missteps. Overall, though, he shows the sign’s fun-loving and adventurous sides.

Despite his laid-back demeanor, Jake Gyllenhaal is actually a quadruple Sagittarius, with the sun, Mercury, Venus, and Neptune all being under the sign at his birth. That means there’s a lot of fiery passion bubbling under the surface of that cool exterior.